Just over a year ago, I wrote about Vine, the then newly-released micro video-sharing app produced by Twitter. One of the concerns of many viewpoints was whether it would be overrun by porn.   We don’t have numbers, but apparently Twitter said enough was enough.  Today it was announced that sexually explicit material will no longer be tolerated on Vine.   Users not meeting the policy were sent a notice that their accounts would be suspended – provided another user has reported the account.   Buried a notch below that announcement was that now users can download their Vines.  Expect Vine compilations proliferating across YouTube channels beyond the current handful such as this one.

Is Twitter’s new Vine feature the ticket for moving up the food chain in fluid media?

If you don’t know what Vine is, it is a lot like and a lot unlike Twitter itself.  Instead of a text and links only format of a tweet, a Vine video is limited to 6 seconds of audio+video footage.  Outside of choosing which 6 seconds of reality you can consecutively squash into your file, no editing is allowed.   Once the indication bar tells you that your footage has hit 6-seconds, you can either send it or delete it.   Because Vine is only enabled on iOS for the moment (<get it there and follow me @mkrack <WARNING- I CAN BE A HAM>), at least that 6 seconds is in sweet High-def format, the standard for iPhones.  Speaking of Apple, it has been purported that the tech behemoth has been  in secret talks with the Twitter camp since July 2012.   With Apple being a lover of rich media applications, is Vine ready to soon be unleashed on a much wider scale than just the early adopters of the service?   My thought is perhaps it will never make it to Android or any other non-Apple platform, but they might “share” with others later on.

Vine is also competing against a plethora of platforms already out there such as Branch, which is already on iOS and Android, not to mention a whole host of other thornily-competing apps and platforms.

So, what do you think?

So the big news today is that Pope Benedict has announced his retirement from the Papacy.   That hasn’t happened in over 600 years!   What gives?    Many are wondering if it’s because of another impending scandal in the Catholic church.  The Pope claims he is just really tired.   Either way, this event might also be historic in that it may highlight the most widely followed, most followers per tweet and shortest “celebrity” twitter account ever.   That account is @Pontifex (His Holiness Pope Benedict) a.k.a. the certified Twitter account of the Cardinal formerly known as Joseph Ratzinger. 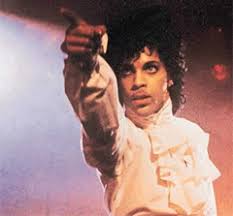 With only 34 tweets posted to the @Pontifex account in just two months, the Pope has amassed over 1.5 million followers.    Not surprisingly, all of His Holiness’ tweets have been either been very inspirational and/or very holy.   In homage to the Pope’s brief time in the Twitter spotlight, I thought it would be fun to post a couple of “thought shalt not” lists for uncertain Twitter users.

In case you were still wondering or didn’t bother to check, the sole 8 lucky followees of the Vatican resident:

More Pope Benedict accounts, but just more of him in 8 other languages.

UPDATE 3/9/13:   A related article about this topic around the NFL recently posted on Bleacher Report.

We’ve all wondered at some point what it would be like to be famous.   Many of those dreams are to be a famous, or even legendary, athlete.    As we all have observed, once that status is achieved the spotlight is on whether you like it or not.   While we dream away about being a world champion, setting unbreakable records or achieving some other wishful off-the field glory as a side-effect to the achievements, does your dream ever include how you would run your Twitter?

Below are just some “big tweeters” from around the NFL that have well-documented their paths of trials, tribulations, victories and validations of their football careers via the platform.

Ray Lewis (@raylewis) is the star for the Baltimore Ravens who will be in next week’s Super Bowl XLVII against the San Francisco 49ers.    Not withstanding the usual animosity between Colts and Ravens fans (Indianapolis “stole” the Colts from Baltimore in 1984 in several getaway tractor-trailors), Lewis has won general favor with his insightful and classy tweets the gridiron over.

Rashard Mendenhall (@R_Mendenhall) ignited a firestorm and lost an endorsement deal with Champion apparel due to comments made about Osama bin Laden and 9/11.

Tim Tebow (@TimTebow) has experienced many social media ups and downs in his young career.  Tweets about his strong religious faith have both divided and excited fans.  His meteoric rise as an emerging star with the Denver Broncos, followed by a loss of the starting quarterback spot and subsequent trade to become a cast-away back-up with the New York Jets has allowed him to show humility and grace, mixed in with a never-ending fiery competitiveness of a gritty athlete wanting to climb back on top.

Chad “Ocho Cinco” Johnson (@ochocinco).  Oh, just read the tweets.  One of the most postively colorful and downright mean and controversial characters (now retired) to have ever donned an NFL uniform.  My personal favorite tweet was when he he enticed and then bought 64 lucky followers dinner at St. Elmo’s when the Bengals visited Lucas Oil Stadium for a game.  He likely would have invited more but that was the capacity of the room that was available.

Tony Dungy (@TonyDungy) is a Super Bowl champion coach, proud father and husband, #1 New York Times Bestselling Author and in a long list of awards recently became recipient of the Teddy Roosevelt Award, given each year by the NCAA to one former student-athlete that has changed the world for the better.   Prepare to be inspired on a daily basis when you follow this guy.

If those aren’t enough there are plenty of compiled lists of the “best of” the NFL on twitter.

If the NFL isn’t your thing, scoot on over to Lance Armstrong’s verified account @lancearmstrong to see how he’s coping with his “recent” public fallout.